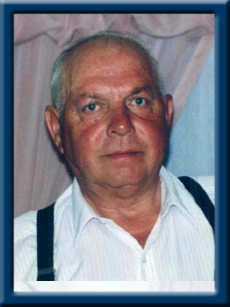 SCHRADER – Robert George, 91, of Liverpool passed away Tuesday January 4, 2022 in Queens General Hospital, Liverpool.
Born in Liverpool, Robert was a son of the late Harry and Eva Schrader.
Robert worked for the Department of Transportation and Whynot’s Building Supplies. He enjoyed carpentry and woodworking and spending time with his family, especially “Bruin”.
Robert is survived by his daughter Charlene Hirtle and his son Kevin (Kathy) both of Liverpool. Grandchildren Tanya (Craig) Dalby, Wayne Hirtle and Darren (Liz) Hirtle. His sister Carolyn (Raymond) Lloyd of Liverpool.
Besides his parents, Robert was predeceased by his wife Mabel (Schrader), his granddaughter Michelle Lee Schrader and several brothers and sisters.
Cremation has taken place under the direction of Chandlers’ Funeral Home, Liverpool. A graveside service will be held on Monday January 10, 2022 at 11:00 a.m. in Trinity Anglican Cemetery, Bog Road, Liverpool. Reverend Judy Cross officiating. No flowers. Donations may be made to a charity of choice. Online condolences may be made to www.chandlersfuneral.com.

Offer Condolence for the family of Schrader; Robert George