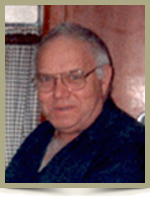 Born in Liverpool, he was a son of the late  Harry and Eva (Whynot) Schrader.

Gene was a former fish cutter for Chandler Bros. Fish Plant in Mersey Point as well as an employee with Queens General Hospital working in housekeeping. He was an avid woodworker who enjoyed working on Christmas themes such as the “Grinch” and constructing swinging chairs.

He is survived by his sister Carolyn (Raymond) Lloyd of Liverpool and his brother Robert of Liverpool. Several nieces and nephews including his special niece Evie Lloyd

Funeral service will be Tuesday, December 14, 2010 at 10:30 a.m. from Chandlers’ Funeral Chapel, Liverpool. Reverend Judy Cross officiating. Burial will be in Trinity Anglican Cemetery, Liverpool. Family flowers only, donations may be made to the Kidney Foundation or the Queens General Hospital Foundation. Online condolences may be made to www.chandlersfuneral.com

Offer Condolence for the family of Schrader; Eugene St. Claire