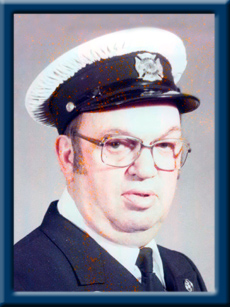 SCHRADER – Daniel Jr., 88, of Liverpool, passed away suddenly at home on Thursday, January 12, 2017.
Born in Liverpool, he was a son of the late Daniel and Rosetta (Whynot) Schrader.
Danny worked for Bowater Mersey Paper Company Limited for over thirty years as a rigger. He enjoyed woodworking and was well known for his miniature re-creations of the historical buildings and sites in the Town of Liverpool and the surrounding area. He was an active volunteer offering his time and talent to many with his carpentry skills. Danny also served with the Liverpool Fire Department and, at the time of his passing, was an honourary firefighter.
He is survived by many nieces and nephews.
He was predeceased by his sisters Edna, Rona, Doris, Eliza and Elsie and his brothers Everett and Edward.
Visitation will be Sunday, January 15, 2017 from 7 until 9 p.m. in Chandlers’ Funeral Chapel, Liverpool. Funeral service will be Monday, January 16, 2017 at 2:00 p.m. in Trinity Anglican Church, Liverpool Reverends Bonnie Baird and Judy Cross officiating. Reception to follow. Burial will be in Trinity Anglican Cemetery, Liverpool. Family flowers only, donations may be made to Trinity Anglican Church. Online condolences may be made to www.chandlersfuneral.com

Offer Condolence for the family of Schrader; Daniel Jr.