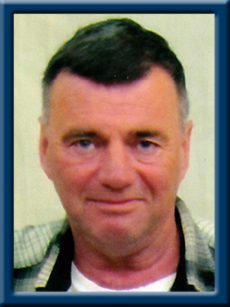 Born in Liverpool, he was a son of the late Albert and Ruby (Rafuse) Schrader.

Barry worked for Michelin for over 20 years. He enjoyed being outdoors, hunting and fishing. He was an avid fan of both the Toronto Blue Jays and the Montreal Canadians. He will be fondly remembered for putting his family first and enjoyed spending time with both family and friends.

Barry is survived by his wife of 41 years Karen (Whynot), his daughters April (Jonathan Penny) of Conquerall Bank, Dawn (Cody) McCarthy of  Middle Sackville, his brother Pat (Pat) of Milton.

Cremation has taken place under the direction of Chandlers’ Funeral Home, Liverpool. A private family graveside memorial will be held later this spring in Trinity Anglican Cemetery,  Liverpool. Reverend Judy Cross officiating. No flowers by request. Donations may be made to the Kidney Foundation, online condolences may be made to www.chandlersfuneral.com

Offer Condolence for the family of Schrader; Barry R.