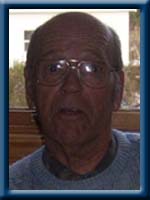 Born in Halifax, he was a son of the late George and Ethel (Purcell) Schennery.

Bernie was a Metro Transit bus driver and a former Yellow Cab taxi driver. He also worked for Mitchell Furriers. He enjoyed fishing, hunting and camping.

He was predeceased by a daughter Laura Schennery and a brother Darrell.

Cremation has taken place under the direction of Chandlers’ Funeral Home, Liverpool. At Bernie’s request, there will be no service. Online condolences may be made to www.chandlersfuneral.com

Offer Condolence for the family of Schennery; Bernard William