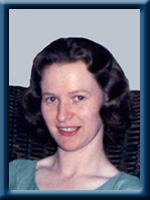 Born in Southwest Port Mouton, she was a daughter of the late Merrill and Teresa (Wentzell) Williams.

Mary was a homemaker all her life who enjoyed reading, flower gardening, jigsaw puzzles, crossword puzzles, cards, cribbage and watching TV game shows and mysteries. She was a big baseball fan and a fan of the Montreal Expos.

She was predeceased by her husband Nathan. Brother Arthur and sisters Florence and Betty.

Funeral service will be Tuesday, March 22nd, 2010 at  11:00 a.m. from Chandlers’ Funeral Chapel, Liverpool. Reverend Jennifer Garbin officiating. Burial will be in Southwest Port Mouton  Community Cemetery. Family flowers only, donations may be made to the Alzheimer’s Society of Nova Scotia or to the North Queens Nursing Home, Caledonia. Online condolences may be made to www.chandlersfuneral.com.

Offer Condolence for the family of Roy; Mary Kathaleen