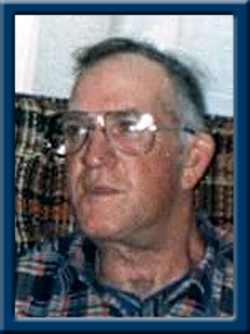 ROY – Jordan Darris, 85, of Southwest Port Mouton, Queens County, passed away peacefully in Queens Manor, Liverpool on Sunday, April 24, 2016.
Born on Port Mouton Island, he was a son of the late Percy and Mina (Smith) Roy.
Jordan was a fisherman all his working life. He was an active volunteer for the preservation of the Piping Plover. He enjoyed bluegrass music and playing the mandolin.
He is survived by his wife of 56 years Sally (Roy); his sons Chuck (Karen Boland), Billy (Angela) and Danny (Lynn), all of Port Mouton. His grandchildren Brayden, Brandon, MacKenzie, Nathan (Destiny) and Zachary and his great-granddaughter Leila; his sisters Syvilla (Milton) Burgess and Shirley Burgess, both of Port Mouton.
He was predeceased by his infant sister Grace and his sisters Blanche Bowers, Evangeline Roy and Barbara Fisher and his infant brother Percy.
Cremation has taken place under the direction of Chandlers’ Funeral Home, Liverpool. A private family graveside memorial will be held at a later date in Southwest Port Mouton Community Cemetery. No flowers by request, donations may be made to Queens Manor, Liverpool. Online condolences may be made to www.chandlersfuneral.com

Offer Condolence for the family of Roy; Jordan Darris