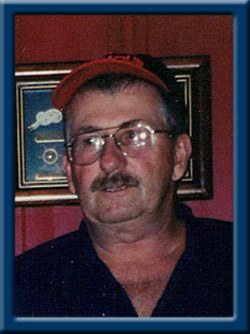 ROY – Floyd G. “Buster”, 69, of Milton, formerly of Port Mouton, Queens County, passed away suddenly in Queens General Hospital, Liverpool on Monday, November 7, 2016.
Born in Southwest Port Mouton, he was a son of the late Floyd and Edna (Fisher) Roy.
Buster was a fisherman all his life. He enjoyed hunting and fishing with his best friend Orean as well as his friendships with his neighbours at his apartment building.
Surviving are his sister Valerie Roy of Hunt’s Point; his brother Arnold (Judy) of Mersey Point.
He was predeceased by his nephew Joel, his sister Juanita Lloyd and his brother Reid.
Cremation has taken place under the direction of Chandlers’ Funeral Home, Liverpool, NS. A private graveside service will be held at a later date. No flowers. Donations may be made to the Canadian Diabetes Association or to the Heart and Stroke Foundation of Nova Scotia. Online condolences may be made to www.chandlersfuneral.com

Offer Condolence for the family of Roy; Floyd Gordon “Buster”