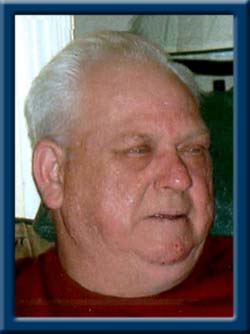 ROY – Carman E.W., 67, of Southwest Port Mouton, Queens County passed away peacefully at home on Saturday, October 3, 2015.
Born in Southwest Port Mouton, he was a son of the late Weldon and Lula (Fisher) Roy.
Carman worked in the fishing industry all his life; first with C.W. MacLeod Fisheries as a fish cutter then later as a fisherman. In his spare time, Carman enjoyed hunting and fishing, camping at Hibernia, “Uncle Jarge” music, family get-togethers and barbeques as well as excursions to “the Island”.
He is survived by his wife, Paulette Smith; daughter Erica of Shelburne; sons Eric (Denise Ferguson) of Liverpool and Evan of Dartmouth. Grandchildren Candace (Junior) Zwicker of Southwest Port Mouton and Abygail of Liverpool and great-granddaughter Serenity Zwicker; sister Claudia Patterson of Liverpool; brothers Frank (Rhoda) of Southwest Port Mouton and Lloyd (Judy) of Port Mouton.
He was predeceased by his sisters Martha, Eunice, Joan and Caroline and brothers Carl, Lorimer and Everett.
Cremation has taken place under the direction of Chandlers’ Funeral Home, Liverpool where a funeral service will be held Thursday, October 8, 2015 at 11:00 a.m. Burial will be in Southwest Port Mouton Community Cemetery. Family flowers only, donations may be made to the Heart and Stroke Foundation of Nova Scotia, the Nova Scotia Diabetes Association or to a charity of your choice. Online condolences may be made to www.chandlersfuneral.com

Offer Condolence for the family of Roy; Carman Eric Willard