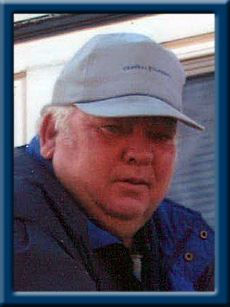 Born in Port Mouton, he was a son of the late Lawson and Mildred (Huphman) Roy.

Bernie was a fisherman all his life and was a fish plant worker and night watchman for Nickerson Bros. He enjoyed hunting in his early years and was a member of West Queens Recreation Association.

He is survived by his sisters; Bella “ Annie “ ( Jordan)  Oickle, of  Moose Harbour; Sheila (Peter) Lavender of Liverpool, Vicky Tanner of Liverpool; brother Marty (Yashina Sumar) of Edmonton, AB and many nieces and nephews.

He was predeceased by his brother Gordon.

Cremation has taken place under the direction of Chandlers’ Funeral Home, Liverpool. Visitation will be held Friday, January 13, 2017 from 7 until 9 p.m. with a prayer service being said at 8:00 p.m. in Chandlers’ Funeral Chapel, Liverpool. Burial will take place at a later date. No flowers by request, donations may be made to the VON, Queens County Branch, Queens County Food Bank or to a charity of your choice. Online condolences may be made to www.chandlersfuneral.com

Offer Condolence for the family of Roy; Bernard David