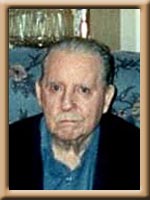 Born in Halifax, he was a son of the late Newman L and Ellen C. (Boutilier) Rolfe.

Gerald served with the Royal Canadian Army Service Corps during World War II. Following the war, he re-enlisted and served  until 1970. During this time he served in various countries including Egypt and Jamaica. After his  honorable discharge from the Armed Services, he was employed for a brief time with New System Laundry in Liverpool and then with Steel and Engine Products Limited “STENPRO” as a stockman. He enjoyed reading and handy man work around his house.

He is survived by his daughter Evelyn (Wayne) Fredericks of Liverpool. Sons Danny (Wendy) of Wellington, ON, George (Bonnie) of Red Deer,AB and Murray (Donna) of Liverpool. 10 grandchildren and 18 great grandchildren. Sister Helen (James) Wilson of Toronto and Brother John (Marguerite) of Halifax.

He was predeceased by his wife Audrey (Schrader), sister Agnes Burke and brothers Ernie and Newman.

Cremation has taken place under the direction of Chandlers’ Funeral Home, Liverpool. There will be no funeral service at Gerald’s request. No flowers. Donations may be made to the Heart and Stroke Foundation of Nova Scotia. Online condolences may be made to www.chandlersfuneral.com

Offer Condolence for the family of Rolfe, Gerald Leo