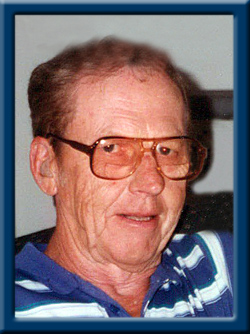 ROBERTS – Roy, 82, passed away peacefully on November 14, 2016 in Queens General Hospital, Liverpool.
Born in Glace Bay, Nova Scotia, he was the son of the late John and Lenora (Cole) Roberts.
He joined the Canadian Air Force at a young age and served for 11 years, achieving the rank of Sergeant. While in the service he studied to become an Electronic Communications Technician. After leaving the service, he worked for Benco Television Company in Toronto and later moved to Nova Scotia where he worked for Claritone Television Company in Stellarton and later moved to Liverpool where he worked for 25 years at Teleglobe Canada in Mill Village. Roy was passionate about many sports. He played Liverpool baseball, hockey, curling and golf as examples only. This also led to numerous volunteers efforts. One of his proudest moments involved coaching the Liverpool Pee Wee hockey team to the provincial championships in 1973. He was also a long time member of the Liverpool Curling Club.
He is survived by his wife, Donna (Reynolds) Roberts, son Mark, daughters Nancy (David) and Tracy, his four grandchildren Adam, Sarah, Hannah and Jacob, his brother David, and sisters Helen and Betty.
Besides his parents, he was pre-deceased by his brother John and sisters Thelma and Bridget.
Cremation has taken place under the direction of Chandlers’ Funeral Home, Liverpool. Roy has requested no funeral or visitation. Donations in his memory may be made to: Liverpool Curling Club; Box 1374; 108 Gorham Street; Liverpool, Nova Scotia; B0T1K0. Online condolences may be made to www.chandlersfuneral.com

Offer Condolence for the family of Roberts; Roy