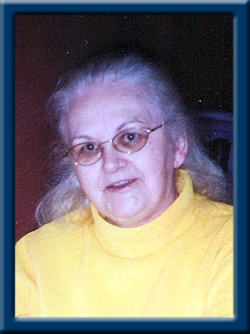 ROBERTS – Roselia Marie, 69, of Brooklyn,. Queens County, passed away peacefully in Queens General Hospital, Liverpool on Friday, September 2, 2016.
Born in Liverpool, she was a daughter of the late Arnold and Helen (MacLeod) Roberts.
Roselia worked for New System Laundry in Liverpool as well as a cook at the former Metropolitan Store. She was an assistant manager at Tim Horton’s and manager at Irving, Liverpool. She loved animals especially her cats.
She is survived by her companion Terry Price; sisters Carol (Tom) Kift of Bridgewater, Joan (Dave) Spurr of Annapolis Valley, Mary Jane (Robert) Boland of Mersey Point, Annette (Andy) Caldwell of Ottawa., brothers George (June Wagner) of Milton, Lawrence “Butch” (Audrey) of Liverpool, William “Bill” (Linda) of Beach Meadows, Sherman (Eleanor) of White Point and many nieces and nephews.
She was predeceased by her infant daughter Brenda Lee; infant sister Debbie Ann, infant brother Morris, nephew Troy, niece Hillary.
Cremation has taken place under the direction of Chandlers’ Funeral Home, Liverpool. At Roselia’s request, there will be no funeral service. Donations may be made to the Canadian Cancer Society. Online condolences may be made to www.chandlersfuneral.com

Offer Condolence for the family of Roberts; Roselia Marie