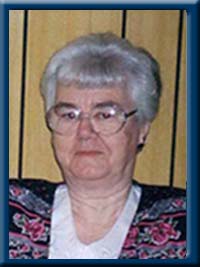 ROBERTS – Helen R.,  87, of Liverpool, passed away peacefully on Thursday, October 22, 2015 in Queens General Hospital, Liverpool surrounded by her family.

Born in Liverpool, she was a daughter of the late William James and Helen Arlene (MacLeod) MacLeod.

Helen will be fondly remembered by her family as an avid reader who loved to do puzzles, sewing and quilting and enjoyed bowling in her younger years.

Cremation has taken place under the direction of Chandlers’ Funeral Home, Liverpool. A private family graveside memorial service will be held at a later date. No flowers by request, donations may be made to the Canadian Cancer Society. Online condolences may be made to www.chandlersfuneral.com

Offer Condolence for the family of Roberts; Helen Relaine