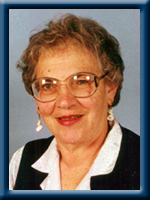 ROBERTS – Elinor Verna (Selig), 88, of Long Cove, Port Medway, Queens County, passed away suddenly at her daughter Susan’s home on December 26, 2020 Boxing Day.
Born in Port Medway, Elinor was a daughter of the late Aubrey and Jennie (Hubley) Selig.
Elinor’s curiosity, imagination and hard work is what drove her through life. At the age of five, Elinor walked the rocky shoreline to Long Cove looking for pirate’s treasure and never stopped looking for that treasure to wash ashore.
By the time she was eight, Elinor was inside every house in Port Medway. “Can I sing or tap dance for you?” At the age of nine, Elinor stowed away on a ship leaving the wharf in Port Medway. It was quite awhile and the ship quite a ways offshore before she was noticed by the captain. At the age of 14, Elinor’s curiosity took her away from Queens County, all over Nova Scotia, then to Montreal where she married and had her oldest children, Nancy, Gordon and Susan. Onto Toronto, then back to Nova Scotia, first Halifax, then home to Port Medway where she had her youngest children Butchie and Sheena.
Elinor was on the move again travelling to New York, Alaska, BC and finally home to Port Medway to roost for the last 35 years of her life. Elinor gave three of her children and her nephew the gift of introducing them to the Alaskan lifestyle. The last 35 years of her life was all about Long Cove. Her Dis & Dat shop and keeping the roads clean and beautifying the road with flower gardens along the way. The last 25 years was dominated by genealogy and the history of Port Medway. She opened her own museum in Long Cove. Many have witnessed her imagination there. She was mother to the seagulls, raccoons, and mostly her porcupines that followed her everywhere. She harvested, canned, baked and cooked meals and delivered to the needy and sick in Queens County. Many more stories can be found in her two books she wrote. You all knew her in the way she influenced your life which is too long to write about here.
Elinor said Christmas this year was her happiest. She was able to do her thing in Long Cove her special way until she left Christmas Eve. She leaves behind many nieces and nephews that have fond memories of being with her when they were young in Long Cove.
Elinor is survived by her children Nancy Griffin of Port Medway; Gordon (Leona) Lecouffe of Duncan, BC; Susan (George) Chouinard of Port Medway, Richard “Butchie” Carpan of Milton and Sheena Masson of Port Medway. Her grandchildren Brice and Aaron Rogers; Todd and Nancy Dawn Lecouffe. Great grandchildren Dakota, Shania and Desiree Rogers, Logan Sinclair. Great great grandchildren Liam and Kamden.
Besides her parents, Elinor was predeceased by her husband Dale; her sisters Joyce Hughes and Kathleen Nickerson and her brother Clarence Selig.
Cremation has taken place under the direction of Chandlers’ Funeral Home, Liverpool. A celebration of Elinor’s life will be held Saturday, August 28th at 2:00 p.m. in the Old Meeting House (Old Methodist Church), Long Cove Road, Port Medway. Following the service Elinor’s cremated remains will be spread in Long Cove. A reception will follow at Nancy’s home, 199 Long Cove Road. No flowers. Donations may be made to the Food Bank or Hope for Wildlife.
Online condolences may be made to www.chandlersfuneral.com

Offer Condolence for the family of Roberts; Elinor Verna (Selig)