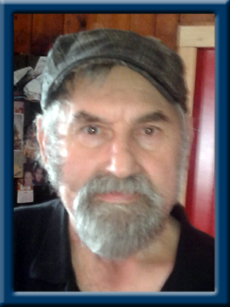 ROBART – Harland R., “Beatle”, 70, of East Port l’Herbert, Queens County, passed away peacefully at home on Thursday, March 8, 2018.
Born in Barrington Passage, Shelburne County, he was a son of the late Lindsay and Awilda (Broughm) Robart.
Beatle was a hardworking fisherman for over 50 years. When he wasn’t fishing, he was enjoying the company of his family and friends. He loved to play cards and pool, loved to dance when the mood struck, working and driving his ‘66 Ford Meteor with the top down. He enjoyed attending “Chase The Ace” in Port Mouton when his health allowed and have a “nice, friendly argument” with Radar from time to time. His favourite saying was “Who has more fun than people?” The answer? “Monkeys”. He was not the type of man to show it or say it, but he was extremely proud of his children and grandchildren. He will be lovingly remembered and sadly missed by his family, his friends and all who had the privilege of knowing him.
He is survived by his loving wife of over 40 years Edith (Mayo); his daughter Sally (Troy) Wolfe of Milton; his son Lindsey (Kayleigh Colp) of East Port l’Herbert. His grandchildren Nathan Wolfe, Dayton, Hayden, Lindsey and Miranda Robart and Kaylin Lavender. His sisters Connie Enslow of Green Harbour and Marion Bourquin of BC. His brother Terry (Cathy) Cranton of Port l’Herbert.
Beatle was predeceased by his son Ricky, his sisters Coleta and Dorothy and his brothers Cavanaugh, Jack and Gordon.
Cremation has taken place under the direction of Chandlers’ Funeral Home, Liverpool where visitation and prayer service will be held on Monday, March 12, 2018 from 7 until 9 p.m. No flowers by request, donations may be made to the family. Online condolences may be made to www.chandlersfuneral.com

Offer Condolence for the family of Robart; Harland Randall “Beatle”