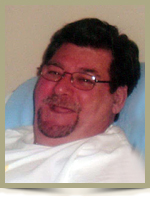 Born in Liverpool, he was a son of the late Percy and Vivian (Anthony) Rhyno.

Bill was an employee at the Bowater Mersey Paper Company for many years. He enjoyed woodworking, fishing, hunting and leather working. Bill was happiest when with his loving family but his grandchildren were the apple of his eye. He was well known by his friends as a huge supporter of the Montreal Canadiens.

He was predeceased by a sister, Lorraine and a brother David.

Offer Condolence for the family of Rhyno; William Jordan “Bill”