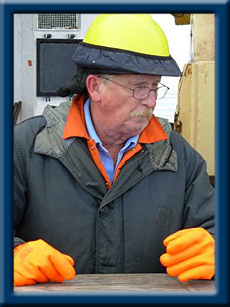 RHYNO – Terry L., 67, of Wildcat Community, South Brookfield, Queens County, passed away peacefully surrounded by his family on Tuesday, December 27, 2016.
Born in Liverpool, he was a son of the late Judson and Cora (Arnburg) Rhyno.
Terry served with the Canadian Coast Guard for 27 years sailing up north and along the eastern seaboard. He enjoyed the outdoors and nature, spending time with his family and his dogs, fishing, woodworking and working on his tractor.
Surviving are his wife of 45 years Dolores (Francis); his daughters Tina Dixon (Steve Meuse) of Bear River; Elizabeth Reid (Brendon Bowers) of Wildcat Community; 14 grandchildren and 1 great grandson; his sisters Althea Crouse of Liverpool and Carol Pollock of Calgary, AB.
Cremation has taken place under the direction of Chandlers’ Funeral Home, Liverpool where visitation will be held Wednesday, January 4, 2017, from 7 until 9 p.m. and prayers will be said at 8:00 p.m.. Funeral mass will be from St. Jerome’s Catholic Church, West Caledonia on Thursday, January 5, 2017 at 11:00 a.m. Burial will be in St. Jerome’s Catholic Cemetery, West Caledonia. Family flowers only, donations may be made to Palliative Care Unit of South Shore Health, St. Jerome’s catholic Church or to a charity of your choice. Online condolences may be made to www.chandlersfuneral.com

Offer Condolence for the family of Rhyno; Terry Leslie