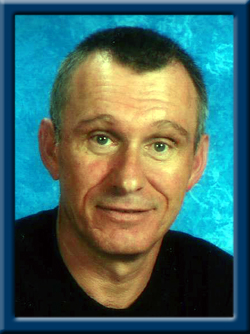 RHYNO – Lloyd Alan Robert, 55, of Milton, Queens County, passed away peacefully at home on Sunday, January 10, 2016 after a short, but courageous battle with cancer.
Born in Liverpool, he was a son of the late Robert and Gladys (Wolfe) Rhyno.
Lloyd was a custodian for the South Shore Regional School Board for seven years. He worked as a landscaper and with the former Mosher and Rawding Construction Company as well as for Coca Cola Bottling Company and Astoria Beverages (Pepsi). He enjoyed working with computers, hunting and fishing and working on native handcrafts. His pride and joy was his daughters Brittany and Morgan whom he referred to as his “princesses”.
He is survived by his loving wife of 24 years Donna (Lowe); his daughters Brittany Rhyno (Jeremy Whynot) of Timberlea and Morgan Rhyno (Michael Whynot) of Halifax; his brothers Peter of Milton; John “Philson” (Sandi) of Halifax and Donald (Leslie) of Liverpool. His parents in law Richard and Carol (Hubley) Lowe of Milton whom he considered his “second set of parents”, his brother in law Kevin Lowe of Milton, nephews Tyson and Colin and special friends Brian and Pam Foley.
Cremation has taken place under the direction of Chandlers’ Funeral Home, Liverpool where visitation will be Saturday, January 16, 2016 from 2 until 4 p.m. and prayers will be said at 3:00 p.m.. No flowers by request, donations may be made to Queens County branch of the Victorian Order of Nurses or to Palliative Care. Online condolences may be made to www.chandlersfuneral.com

Offer Condolence for the family of Rhyno; Lloyd Alan Robert