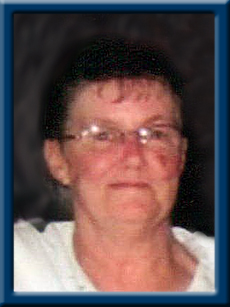 RHYNO – Heather A., 71, of Liverpool, passed away peacefully in Queens General Hospital, Liverpool on Wednesday, February 15, 2017.
Born in Montreal, PQ, she was a daughter of the late Alfred and Effie (Fleming) Judd.
Heather worked as a mail sorter at Canadian Vickers Shipping in Montreal in her early years. She was an avid Montreal Canadiens Fan and enjoyed playing hockey and baseball when she was younger. She enjoyed spending time with her family especially her grandchildren and will be remembered for her selflessness of putting everyone’s needs ahead of her own.
She is survived by her daughters Wendy Oickle (Trevor Jollimore) of Liverpool; Penny (Adam) Whynot of Trenton, ON., Todd (Sam) of Kitchener, ON; Her grandchildren Ashley, Alyssa, Kayla, Joshua, Emma, Ella, Samantha, Alex and Michael and her great grand children Leah, Bentley and baby boy Howard. Her sisters Betty Rhyno and Debbie (Gary) Pryde, both of Ontario and her brothers David (Wendy) of Ontario and Art (Cheryl) of Montreal as well as her “adopted daughter” Brenda (Tim) Thorburne of Liverpool.
Heather was predeceased by her husband Bill, her infant daughter and her brothers Bart and James.
Cremation has taken place under the direction of Chandlers’ Funeral Home, Liverpool, at Heather’s request, there will be no funeral service. No flowers, donations may be made to the Canadian Liver Foundation. Online condolences may be made to www.chandlersfuneral.com

Offer Condolence for the family of Rhyno; Heather Ann