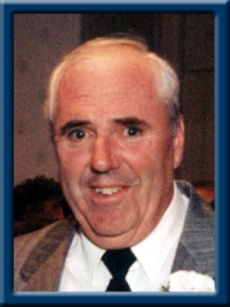 RHYNO – Donald M., 77, of Liverpool, Queens County, passed away at Queens General Hospital surrounded by his loving family after a long, courageous battle with cancer.
Born in Halifax, Don was a son of the late Robert and Gladys (Wolfe) Rhyno and his birth mother Lillus (Wolfe) Atkins.
After leaving school, Don joined the Royal Canadian Navy and proudly served his country aboard HMCS Fort Erie. He also worked at Steel and Engine Products Limited (STENPRO), Liverpool and Standard Brands in Brooklyn before going to Nova Scotia Power from which he retired in 1996.
Don was a 50 year member of Mersey Branch #38, Royal Canadian Legion, Liverpool, and a member and past master of Prince of Wales Lodge #29, A.F.&A.M. and Rossignol Chapter #6, Royal Arch Masons. After retiring, you could find Don at the Liverpool Curling Club where he enjoyed a good game and coffee with friends. Summer was also spent watching his favorite team, the Toronto Blue Jays. Don will be fondly remembered by all who knew him well for his inability to tell a joke (He could never make it to the punch line) as well as a devoted husband and father; he was always available to help out or advise.
Don is survived by his wife of 55 years Leslie (Soper); his sons Gayln (Susan) of Liverpool and Bevan (Melinda) of New Minas. Grandchildren Garrett, Justine and Rachel. His brothers Philson (Sandy) of Dartmouth and Peter of Milton.
Besides his parents, Don was predeceased by his brother Bobby.
Cremation has taken place under the direction of Chandlers’ Funeral Home, Liverpool. At Don’s request, there will be no public service. No flowers, donations may be made to Trinity Anglican Church or to the Canadian Cancer Society. Online condolences may be made to www.chandlersfuneral.com
The family wish to thank Greg and Sam for their many visits and Raymond for the many drives. “VE1BAH signing off”

Offer Condolence for the family of Rhyno- Donald Milford