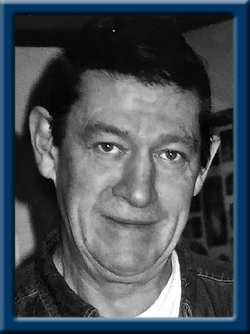 RENZ-Eckhard, 73, of Westfield, Queens County and Baddeck, Cape Breton, passed away peacefully at home in Westfield on Thursday, May 19, 2016, surrounded by his loving partner and family.
Born in Posen, Poland, he was a son of the late Josef and Helene Rosa (Abele) Renz.
As a child, Eckhard lived a carefree life and spent hours in nature playing with his brothers. As he grew into a young man he never lost that zest for adventure. Eckhard set out to explore the world. He began his career as an apprentice in Germany and grew into a world-renowned executive chef. Working in top restaurants in Germany, Switzerland and England. Eckhard then followed his heart to Montreal and Halifax continuing his work as an executive chef. After that Eckhard owned and operated McCready’s restaurant in Prince Edward Island. He finished his career at Auberge Gisele’s Country Inn in Baddeck, where he worked for twenty-two years. In his spare time, Eckhard enjoyed woodworking and created may beautiful pieces of furniture. He also loved being outside working in the woodpile with his partner Helena. As a younger man he was an avid fisherman.
Eckhard is survived by his partner Helena Mampe and his brothers Reinwalt (Elfi) of Waldenbuch, Germany; Hubert (Maxi) of Stuttgart, Germany and Arnulf (Margarethe) of Duisburg, Germany.
Eckhard was able to overcome many life challenges; one of the hardest, being the loss of his wife Judy and later his daughter Tira.
Cremation has taken place under the direction of Chandlers Funeral Home, Liverpool. A funeral service will be held Tuesday, May 24, 2016 at 2:00pm in Westfield Untied Baptist Church with Reverend Vic Adams officiating. Burial will be in Hillcrest cemetery, Westfield with reception to follow at the Westfield Community Hall. Family flowers only, donations may be made to the North Queens Fire Association. To share memories and condolences, please visit www.chandlersfuneral.com

Offer Condolence for the family of Renz; Eckhard