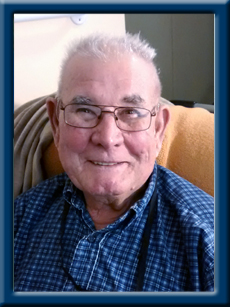 Born in Charleston, he was the son of the late Gilbert and Marion (Anthony) Rafuse.

Bill was employed for 43 years at Thompson Brother’s and later when it became Stenpro Steel and Engine Products, retiring in 1994. He also owned his own hobby mill, that he used to make lumber for his friends and neighbors. He enjoyed gardening and was well known for his salmon fishing abilities. Bill was also a long serving member of the Charleston Fire Department.

Cremation has taken place under the direction of Chandlers’ Funeral home, Liverpool. A private memorial graveside service will be held at a later date in New Charleston Cemetery. No flowers by request. Donations may be made to Queens Manor, Liverpool. To share memories or condolences, please visit www.chandlersfuneral.com

Offer Condolence for the family of Rafuse; James William “Bill”