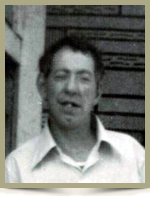 Quinn, George William Thomas “Sonny”, 82, of Liverpool, Queens County, passed away on Wednesday, May 8th, 2013, at home after a lengthy illness.

Born in Liverpool, he was a son of the late Thomas and Janet (Rogers) Quinn.

Sonny was happiest when talking and spending time with his family and many friends. He enjoyed cutting and splitting wood in his younger years.

He is survived by his loving wife of 35 years, the former Judy Armstrong, brother Robert (Lorraine), of Liverpool and first cousin Mike (Tina) Quinn, of Liverpool.

He was predeceased by an aunt, Marion.

Cremation has taken place under the direction of Chandlers’ Funeral Home, Liverpool. A private family service will take place at a later date. No flowers by request. Donations may be made to the Nova Scotia Heart & Stroke Foundation. Online condolences may be made at www.chandlersfuneral.com