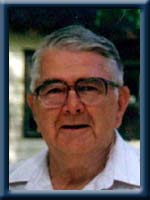 Born in Bridgewater, he was a son of the late Willis and Rita (Manthorne) Pyke.

Eugene began his working career with the Best Yeast Plant in Brooklyn as a mixer. From there, he worked at the Frontinac Service Station and then to delivering gas. Following this, he went to Thompson Brothers in the pattern shop with his father where he learned his father’s philosophy if you asked him if the job was good enough he would answer “if it’s the best you can do then it is good enough”. Eugene then moved onto Bowater Mersey Paper Company where he worked in the machine shop moving to the position of foreman until he retired after 37 years service. He was a member of the Liverpool Firefighters Association joining when he was eighteen and eventually the Honorary Firefighters Association.  Eugene had a passion for woodworking. He enjoyed sports, his favorites being hockey and baseball.  Above all, Eugene loved his family  There was nothing more precious to him than each and every one of them. He cared for them  in a way that can only be described in one word – Love.

He is survived by his loving wife of 59 years Enid (Anthony); his daughters: Patsy Pyke (Pauline Doucet) of Ottawa, Susan (Wendell) Whynot of Liverpool and Ann Marie Pyke of Brooklyn. His grandchildren Joanne Whynot, Adam Roach, Neil Whynot, and Jody Mitton and his great grandchildren MacKenzie Roach and Angus Skinner.

He was predeceased by his son Steven.

Offer Condolence for the family of Pyke; Eugene Douglas