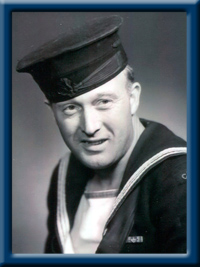 Joe was a captain of a tuna fishing vessel and took tourists tuna fishing before joining the Royal Canadian Navy during World War II. During the war, Joe served as a gunner onboard the HMCS Oakville which did escort duty between North America and Europe, and saw action during the Battle of the Atlantic. After the war, he worked at Rossignol Steel & Engine Co. in Liverpool before joining the Bedford Institute of Oceanography, where he was a machinist on various survey ships, surveying the Canadian coasts and the N.W.T.. Near the end of his career, he transferred to the Department of Fisheries and Oceans and worked on fisheries boats in Nova Scotia until he retired in December of 1980. He enjoyed hunting, fishing, gardening and spending time with his wife of fifty-five years, Mary. He was a loving father, grandfather and friend “Daddy Joe” to all who loved him.

Offer Condolence for the family of Purdy; Joseph Henry