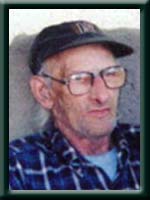 Born in Yarmouth, he was a son of the late Gordon Thatcher “Tom”  and Hilda Mae (Wagner) Porter.

Carl was a transport driver for Bens Bakery for 24 years retiring in 1996.  He enjoyed bowling and woodworking.

He is survived by his sons Gary (Crystal Zwicker) of Milton, Edward of Etobicoke, ON., his grandson Austin, his siblings: Henry (Carol) of Liverpool, Irene (John) Raynard of Yarmouth, Lawrence (Yvonne) of Lansdowne, ON., Bruce (Sally) and Arthur (Linda), both of Central Argyle, Christine (Alvah) d’Entremont of Lower West Pubnico.

He was predeceased by his wife Marilyn (Conrad) and infant twin brothers.

Funeral service will be held Monday, November 18, 2013 at 2:00 p.m. in Chandlers’ Funeral Chapel, Liverpool.  Reverend Judy Cross officiating. Burial will be in Seaside Cemetery, Brooklyn. In lieu of flowers, donations may be made to the Canadian Cancer Society. Online condolences may be made to www.chandlersfuneral.com

Offer Condolence for the family of Porter; Carl LeRoy