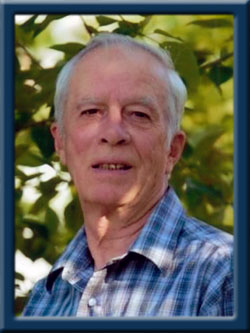 Born in Liverpool, Queens County, he was the son of the late Raymond and Freda (Wood) Plummer.

James went to sea for the Markland Shipping Company at the age of 17 on the SS Vineland and Liverpool Rover. He worked for the Bowater Mersey Paper Company for over 36 years, retiring as Boss Machine Tender. In his younger years he enjoyed hunting and fishing. Above all else, James was most passionate about his family and spending time with them, especially his great grandchildren.

He was predeceased by a sister, Barbara Ysseldyke and a brother in law, Robert Hatt.

Cremation has taken place under the direction of Chandlers’ Funeral and Cremation Service, Liverpool. A private family service will be held at a later date. No flowers by request, donations may be made to the Queens General Hospital Foundation, Canadian Cancer Society or to the Canadian Diabetes Association. To share memories or condolences, please visit www.chandlersfuneral.com

Offer Condolence for the family of Plummer; James Albert