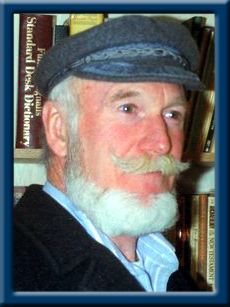 Peverill – Gordon Charles, 84, of Liverpool, passed away peacefully on Tuesday, September 18th, 2018, in Rosedale Home for Special Care, New Germany, NS.
Born in Moncton, NB Gordon was a son of the late Raymond and Adella (Daniels) Peverill.
Gordon worked for Bowater Mersey Paper Company Limited, Brooklyn, NS as a millwright for 40 years and was a member of the Royal Canadian Legion, Mersey Branch #38, Liverpool for 49 years serving as past president and padre. He was a member of the Liverpool Fire Fighters Association for sixteen years and retired as honorary fire fighter and was a life member of the Army Cadet League. Gordon also served 60 years with the Liverpool Baptist Church, where he served as a deacon, trustee and sound system operator. Gordon also served as a Boy Scout Leader and was a dedicated member of the 1st Field Regiment for 40 years retiring with the rank of Major.
Gordon is survived by his wife Anne (Hutchison) of Liverpool; daughters Amy (Herbert) Newell of Cherry Hill; Cheryl of Dartmouth; sons Dale (Donna) of Milton; Mark of St. John, NB. Eight grandchildren and two great grandchildren. His sisters Joyce (Doug) Hamilton of Yarmouth and Carol (Dennis) Peters of Halifax. His brothers Douglas (Donna) of Dartmouth; Wilfred (Audrey) of Halifax and Robert (Miriam) of Yarmouth.
Cremation has taken place under the direction of Chandlers’ Funeral Home, Liverpool. A private family graveside service will be held at a later date. No flowers, donations may be made to Rosedale Home for Special Care, New Germany or to the Liverpool Baptist Church. Online condolences may be made to www.chandlerfuneral.com

Offer Condolence for the family of Peverill; Gordon Charles