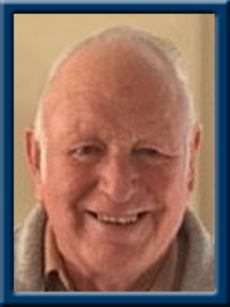 PEACH – Donald G., 83, of Bangs Falls, Queens County, passed away peacefully in Queens General Hospital on Tuesday, August 7, 2018.
Born in Liverpool, he was a son of the late Harry and Edith (Farmer) Peach.
Donald was a welder all his working life being employed with the former Steel and Engine Products Limited (STENPRO) in Liverpool for over thirty years as well as working offshore on the oil rigs. In his spare time, Donald enjoyed hunting and fishing, doing woodwork in his workshop and spending time with his grandchildren and at the lake.
Donald was predeceased by his wife Elizabeth “Betty” (Coombs).
Donald is survived by his daughters Wendy Peach of Hinton, AB., Tammy Peach (Rene Garneau) of Lac la Biche, AB., his sons Kevin (Maxine Horne) of Bridgewater; Ronnie (Mary) of Lorne Valley, PEI; Barry (Dorothy) of Caledonia; Douglas of Bangs Falls; Stephen of Grand Prairie, AB. 14 grandchildren and 13 great grandchildren as well as his companion Barbara Best.
Cremation has taken place under the direction of Chandlers’ Funeral Home, Liverpool. A graveside memorial service will be held Friday, August 10, 2018 at 2:00 p.m. in Zion United Cemetery, Payzant Street, Liverpool. Family flowers only, donations may be made to the Canadian Cancer Society. Online condolences may be made to www.chandlersfuneral.com

Offer Condolence for the family of Peach; Donald George