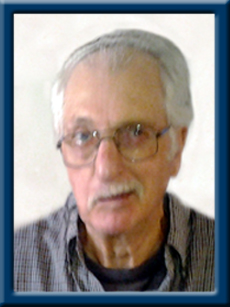 Parnell – Robert Gordon, 81, of Berwick, formerly of Brooklyn, passed away peacefully in Valley regional Hospital, Kentville, on Sunday, December 17, 2017.
Born in Milton, he was a son of the late William and Muriel (Freeman) Parnell.
Bob was a meat cutter and worked for the former IGA grocery store in Liverpool.
He is survived by his son Chris of Waterville; his grandsons Michael, Alex and Nathan of Harbourville and his brother Charles (Doreen) of North Vancouver.
Besides his parents, Bob was predeceased by his wife Edith (Fralic) and his brothers Douglas, Patrick and George.
Cremation has taken place under the direction of Chandlers’ Funeral Home, Liverpool. A graveside memorial service will be held Saturday, May 12, 2018 at 11:00 a.m. in Seaside Cemetery, Brooklyn. No flowers. Donations may be made to Queens General Hospital Foundation or to the Canadian Cancer Society. Online condolences may be made to www.chandlersfuneral.com

Offer Condolence for the family of Parnell; Robert Gordon