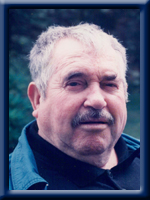 Born in Northwest Bay, he was a son of the late Walter and Phoebe (Gaetz) Parnell.

Lawrence was a gravel truck driver and mechanic for Acadia Construction before joining STENPRO to work in the Engine Fitting Department from where he retired in 1989 as head of the Engine Fitters Department and “Slip Boss”. He was a lobster fisherman for all his life. He loved animals and, while at the Manor, he enjoyed watching and feeding the squirrels and birds. He was known as a grand storyteller and will be missed by his family and friends especially his grandchildren and great grandson.

Visitation will be Tuesday, January 10th, 2012 from 7 until 9 p.m. and funeral service will be Wednesday, January 11th, 2012 at 10:30 a.m. both from Chandlers’ Funeral Chapel, Liverpool. Reverend Judy Cross officiating. Burial will be in East Port Medway Community Cemetery. Family flowers only, donations may be made to Queens Manor, Liverpool or to the Canadian Diabetes Association. Online condolences may be made to www.chandlersfuneral.com

Offer Condolence for the family of Parnell; Lawrence Joseph