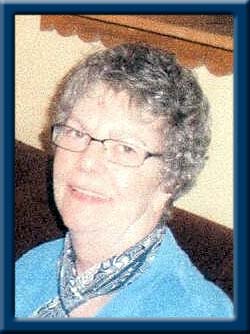 PARNELL – Edith A., 75, of Brooklyn, Queens County, passed away peacefully on Tuesday, October 27, 2015 in QE II Health Science Centre, Halifax.
Born in Beach Meadows, Queens County, she was a daughter of the late Harry and Elsie (Dexter) Fralic.
She is survived by her husband Robert; her son Chris of Berwick; her grandchildren Michael, Alexander and Nathan Parnell; her sisters Rosemary Decker and Hazel (Walter) Mouzar, both of Brooklyn; her brothers Aubrey (Carol Ann) of Brooklyn; Murray (Shirley) of Clarence, NS. Shana Rogerson of Berwick.
She was predeceased by her sisters Beatrice, Gloria and Betty and her brothers Douglas, Clayton and Percy.
Cremation has taken place under the direction of Chandlers’ Funeral Home, Liverpool. A private family graveside memorial will be held at a later date. No flowers by request, donations may be made to the Canadian cancer Society. Online condolences may be made to www.chandlersfuneral.com

Offer Condolence for the family of Parnell; Edith Adelaide