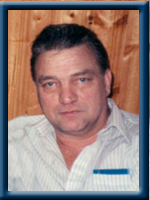 PARNELL – Douglas A., 69, of Liverpool, passed away peacefully in Queens General Hospital , Friday, November 18th, 2011 with his family by his side.
Born in Milton on July 18th, 1942, he was a son of the late William and Muriel (Freeman) Parnell.
Doug was a former employee with National Steel Car in Hamilton, ON., Steel and Engine Products and Mersey Seafoods, Liverpool. He enjoyed fishing and hunting in his early years as well as dancing, swimming and playing cards. He especially enjoyed spending time with his family.
He is survived by his wife Judy (Westhaver); his daughters Cathy Parnell (Shane MacDougall) and Janet Parnell (Raheem “Rod” Ismaily) both of Liverpool. His grandchildren Christopher and Caitlyn Whynot, Azeem, Mateen and Aleem Ismaily. His brothers Robert (Edith) of Brooklyn, Charles (Doreen) of North Vancouver, BC, Pat (Marie) of Dartmouth.
He was predeceased by his daughter Patricia and his brother George.
Cremation has taken place under the direction of Chandlers’ Funeral Home, Liverpool where funeral service will be held Tuesday, November 22nd, 2011 at 2:00 p.m. Reverend Cory Pickens officiating. Burial will be in Milton Community Cemetery. No flowers by request. Donations may be made to the Alzheimer’s Society of Nova Scotia. Online condolences may be made to www.chandlersfuneral.com

Offer Condolence for the family of Parnell; Douglas Alvin