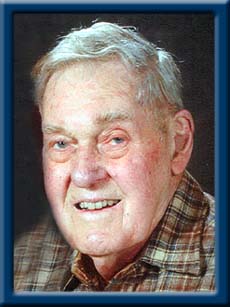 Jim was born Feb. 4, 1928 in Milton, N.S. to the late J. Austin and Vera Douglas Parker. He attended Liverpool (NS) schools, received a BSc degree from Mount Alison University, a BSc degree in Forestry from the University of New Brunswick, and master’s degree from Duke University. In 1953 he relocated to the U.S. where for 15 years he worked for Brunswick Pulp and Paper Company while residing in Brunswick, Waycross, and Albany, Ga. He later moved to Waverly, Tenn. where he was employed by Inland Container Corporation, and owned a wood processing business. In 1989 he returned to Nova Scotia and was engaged with consulting work for West Nova Silva until retirement. He was active in the Port Joli and Pt. Mouton United Church, loved puttering in his garden, genealogical research, cooking, reading, and spending time with family.

Funeral services will be held Thursday, June 29, 2017 at 2:00 p.m. in Chandlers’ Funeral Chapel, Liverpool. Reverend Neil MacDonald and Reverend Karen Ohrt officiating. Reception to follow. In lieu of flowers, donations may be made to the Queens General Hospital Foundation. Online condolences may be made to www.chandlersfuneral.com.

Offer Condolence for the family of Parker; James Austin Jr.