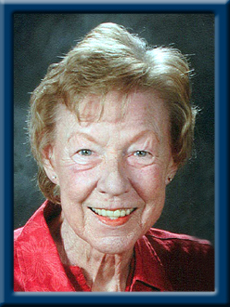 PARKER – Catherine Ann Ward, 77, of Port Joli, Queens County, passed away peacefully in Queens General Hospital, Liverpool on Wednesday, April 4, 2018.
Born in Kingstree, South Carolina, she was a daughter of the late Rhower O. Sr. and Ann (Henry) Ward.
Cathy graduated from Coker College, Coker, South Carolina and earned a Masters of Education from Austin Peay State University, Clarksville, Tennessee. In the mid – 1960’s she served as Director of Christian Education for 1st Presbyterian Church in Waycross, Georgia; from 1970 – 1989 Cathy taught elementary school and remedial reading while coordinating reading programs for Humphreys County Schools in Waverly, Tennessee. After moving to Nova Scotia in 1989, she taught Adult Learning in Queens County. Cathy was an organist for Port Mouton Pastoral Charge for many years. She enjoyed gardening, was addicted to crossword puzzles and loved to read.
She is survived by her step-daughter Melissa Parker (Tim Ramsey) of Portroe, Co. Tipperary, Ireland; two step-sons, James A. Parker, III (Ellen) of Richmond Hill, Ga. and David Parker (Kim Stephenson) of Port Joli, N.S.; three step-grandchildren, James Parker (Katie) of Bowie, Md., Austin Parker of Pooler, Ga., and Sarah Parker Jones (Cameron) of Tampa, Fla..; two step-great-grandchildren, her brother Rhower Jr. (Karin) of Aynor, South Carolina; her brother-in-law, Douglas Parker (Jenifer) of Osprey, Fla.; and numerous nieces and nephews.
Cathy was predeceased by her husband of 49 years James A. Parker.
Cremation has taken place under the direction of Chandlers’ Funeral Home, Liverpool. Funeral Service will be held Thursday, April 12, 2018 at 11:00 a.m. in Wesley United Church, Hunt’s Point. Reverend Neil MacDonald officiating. Reception to follow in the Hunt’s Point Community Hall. Burial will be in Port Joli Community Cemetery. In lieu of flowers, donations may be made to the Queens General Hospital Foundation. Online condolences may be made to www.chandlersfuneral.com.

Offer Condolence for the family of Parker; Catherine Ann Ward