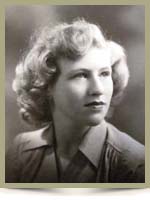 Marion Paine, 83 of Liverpool, passed away on July 13th, 2012, in the Queens General Hospital, Liverpool.

Born in Liverpool she was a daughter of the late James and Evelyn McMaster.

Marion was an independent young lady, heading to Toronto at an early age. She quickly became a business school graduate and valued employee. She was very proud of the fact that she acquired her license in Toronto and would zip around the city and head back to her South Shore home whenever she could. Over the years Marion travelled extensively throughout Canada and the States. She was extremely proud of her beloved Uncle Brenton and spent many hours with him. Marion was a dedicated volunteer for our community and  worked in the hospital gift shop up until 2010. She curled, bowled, danced and enjoyed life while she could. In later years she was quick to try new things, jet ski, pool, canoeing and was always up for a drive anywhere. A day would rarely go by that you could not see her walking throughout the town (and earrings always matched outfit!).  A sense of humor, that once you understood it, could always make you laugh. Sunday morning breakfasts with her closest friend Polly were an important part of her week and could count on this for many years. A three-legged cat found a beautiful home with “Mimi” and gave her much happiness.  A glass of red wine would always be preceded with the following cheer, “Here’s to it and to it and if you get to it and don’t do it you will never get to it to do it again so here’s to it”. Simple but wonderful words. Marion was a great person, fought a hard battle against dementia and cancer, and leaves family (brother Jimmy) and friends to mourn her loss.

A private service will be held at a later date. Donations can be made to Queens General Hospital Project. Online condolences may be made at www.chandlersfuneral.com

Offer Condolence for the family of Paine; Marion Elizabeth