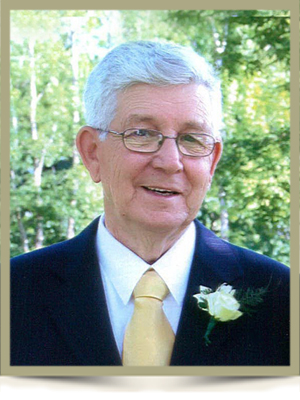 Born in Liverpool, he was a son of the late William and Mabel (Jones) Page.

Paul was a Marine Engineer by trade and worked for the Markland Shipping Company, Stenpro as parts manager before retiring from Seaboard G.M. Diesel. He was a former member of the Liverpool United Baptist Church, where he served as a deacon, church clerk and member of the board of trustees. In his younger years Paul enjoyed canoeing, fishing and hunting.

Cremation has taken place under the direction of Chandlers’ Funeral Home, Liverpool. A Celebration of Paul’s Life will be held on Saturday, April 11th, 2015, at 3:00 p.m., from Zion United Church, Liverpool, followed by a reception. Reverend Sheila Redden-Smith officiating. A private family burial will be held at a later date. Family flowers only. Donations may be made to the Canadian Cancer Society or to the Zion United Church, Liverpool. Online condolences may be made to the family at www.chandlersfuneral.com

Offer Condolence for the family of Page; Paul William