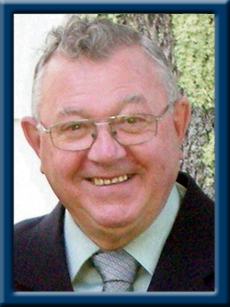 Oickle; Vincent Howard, 86, of Milton, Queens County passed away peacefully in Queens General Hospital, Liverpool in the early morning hours of May 29, 2019.
Born in Milton, Vincent was a son of the late Edward and Phyllis Oickle.
Vincent lived by the philosophy that you can achieve anything that you put your mind to and think about. This is common teaching to his children and grandchildren throughout their lifetimes. When he married in 1955, he set about to build his family home in Milton from the ground up. He made all his own flooring and trim at the Milton Woodworking factory where he worked as his first job at the time. Vincent lived life to the fullest doing what he enjoyed. Many know him for his woodworks and handles from the dream shop he built for his retirement from Bowater Mersey in 1986.
He took pride in and loved spending time in his meticulously organized workshop making a variety of hand made tool handles with his spokeshave and lathe. Many hundreds of wooden lunch boxes were made for his co-workers at the mill over the years. Vincent had many long time friends that would drop in to see him for handles and conversation. He was also an avid fisherman, sometimes spending hours during fishing season in his favorite spot above Milton Bridge where he occasionally held the record among friends for the most salmon caught (and released) during the season.
For decades, Vincent could be found planting his very large, well kept vegetable garden, teaching his children and grandchildren the art of growing beautiful vegetables that could be enjoyed year round. All his life he enjoyed nature, spending time hunting, walking and exploring. He was a great husband, father, grandfather and great grandfather and will be missed dearly.
Vincent is survived by his daughter Noweta Nickerson (Ron Zwicker) of Milton. Sons Gilbert (Malinda) of Milton and Brian (Julie) of Bridgewater. His grandchildren Mitchell Nickerson and Ivan (Jennifer) Nickerson and his great grandchildren Fia and Phoebe Nickerson. His sisters Eileen Himmelman of Bridgewater, Elaine (Wayne) Jennings of Dartmouth, Joyce (Graham) Swann of Hammond’s Plains. His brothers Alan (Lena), Lyman (Linda) and Mervin (Sandra) all of Milton and Royce of Liverpool.
Vincent was predeceased by his loving wife of 54 years Lela (Whynot); his sister Marjorie and brother Malcolm.
Cremation has taken place under the direction of Chandlers’ Funeral home, Liverpool. At Vincent’s request, there will be no funeral service. No flowers. Donations may be made to Queens County Branch of the Victorian Order of Nurses.To share memories or condolences to www.chandlersfuneral.com

Offer Condolence for the family of Oickle; Vincent Howard