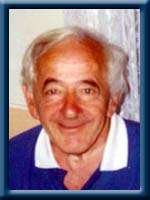 Born in Liverpool, he was a son of the late Harry and Jessie (Daury) Oickle.

He is survived by his sisters Shirley Demone of Milton; Mary Meade of Benton, NB; Ellen Newton of Kapuskasing, ON. His brother Harry of Liverpool.

He was predeceased by his sister Florence “Nora” Lowe, an infant sister Nora, his brothers Burton, Owen, Roland, Ronny and an infant brother.

Cremation has taken place under the direction of Chandlers’ Funeral Home, Liverpool where visitation will be Thursday, January 17th, 2013 from 7 until 9 p.m. and funeral service will be Friday, January 18th, 2013 at 11:00 a.m.. Reverend Judy Cross officiating. Burial will be in Trinity Anglican Cemetery, Liverpool. No flowers by request, donations may be made to the Heart and Stroke Foundation of Nova Scotia. Online condolences may be made to www.chandlersfuneral.com

Offer Condolence for the family of Oickle; Reginald