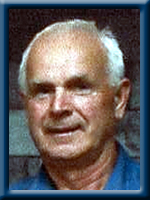 Born in Liverpool, he was a son of the late George and Violet (Schrader) Oickle.

David was a former steel worker and later was an accomplished upholsterer. He enjoyed square dancing, golf, music and running. He was a former Cub Scout Leader.

He was predeceased by his sisters Carolyn Fancy and Madge Whynot, brothers Alfred and Robert.

Cremation has taken place under the direction of Chandlers’ Funeral Home, Liverpool. At David’s request, there will be no funeral. Donations may be made to the Queens General Hospital Foundation or to a charity of your choice. Online condolences may be made to www.chandlersfuneral.com

Offer Condolence for the family of Oickle; David Herbert