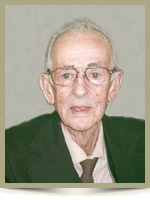 NORMAN – Lloyd G., 89, of Liverpool, passed away peacefully in Soldiers’ Memorial Hospital, Middleton on Saturday, April 16th, 2011 with his family by his side.

Born in Liverpool, he was a son of the late William and Maude (Ryer) Norman.

Lloyd was an all round entrepreneur who ran a gravel truck and drove a laundry truck in his younger years during the war. He worked in the woods camps as cook and was an owner-operator of a Texaco Station. He was a fish and meat peddler for a number of years as well as operated Nellie’s Snack Bar on White Point Road as well as Hilltop Dine and Dance. He enjoyed music especially Hank Snow and loved animals especially cats. He enjoyed his family and was very fond of his grandchildren and great grandchildren. His favorite saying was “Don’t say goodbye, just say so long”.

Cremation has taken place under the direction of Chandlers’ Funeral Home and Cremation Service, Liverpool where visitation will be Saturday, April 30th, 2011 from 12:30 until 2:00 p.m. followed by a memorial service officiated by Reverend Judy Cross. A reception will follow in the funeral home and burial will take place in Trinity Anglican Cemetery, Liverpool. Family flowers only, donations may be made to S.P.C.A., Nova Scotia Lung Association or to a charity of choice. Online condolences may be made to www.chandlersfuneral.com

Offer Condolence for the family of Norman; Lloyd George