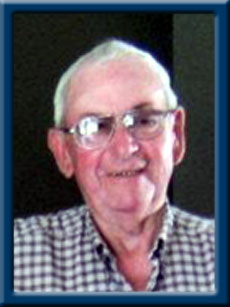 NORMAN – James G., 77, of Liverpool passed away peacefully in Queens General Hospital on Tuesday, December 5, 2017 with family by his side.
Born in Liverpool, he was a son of the late James and Ethel (Hoyt) Norman.
Jim was a former employee with Steel and Engine Products Limited (STENPRO) and the Region of Queens from where he retired. He was an honorary member of the Liverpool Fire Fighters Association having served for over 40 years and a member of the Queens County Ground Search and Rescue. He enjoyed hunting and fishing and was an avid ball player in his younger years.
He is survived by his daughter Heather (Martin) Leneten of Liverpool; his sons Scott (Tina) of Hebbville and Brad (Jennifer) of Calgary. His grandchildren Tasha Leneten (Huey Whynot), Matthew (Ona Francis), Cassidy Norman, and Jacob Norman (Kennedy Bagshaw); his great grandchildren Kyra Zinck, Misty Zinck, Zane Leneten and Ivy Leneten and his step great grandchildren Martina Whynot, Olivia Whynot, Leah Whynot and Selena Whynot. His brothers Charles “Bucky” (Donna) of Liverpool and Gary.
Jim was predeceased by his wife Freda (Dexter) and his brother Paul.
Cremation has taken place under the direction of Chandlers’ Funeral Home, Liverpool. A private family graveside service will be held at a later date. No flowers by request, donations may be made to the Liverpool Fire Fighters Association. Online condolences may be made to www.chandlersfuneral.com

Offer Condolence for the family of Norman; James Gordon