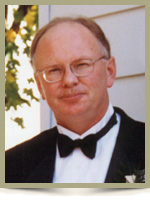 Born in Wolfville, he was a son of William and Roberta (Brown) Nickerson, of Liverpool.

Mike retired in 2000 after working for nearly 30 years at the Bowater Mersey Paper Company. He was well known for his love of sports, especially basketball.  He enjoyed spending time at his hunting camp in Jones Harbour where he was an avid duck hunter.  Mike loved spending time with his family and friends at the family cottage in Summerville, where he was affectionately known as the mayor of Summerville by his friends.

He was predeceased by his wife, the former Patricia Lorraine Tonello.

Visitation will be held Tuesday, February 1st, 2011,at Chandlers Funeral Home,from 7-9 p.m.. A Celebration of Michael’s Life will be held Wednesday, February 2nd, 2011, at 11:00 a.m., from the Liverpool United Baptist Church. Reverend Steven Hopper officiating. Family flowers only. Donations may be made to the Canadian Cancer Society or to the Nova Scotia Heart and Stroke Foundation. Online condolences may be made at www.chandlersfuneral.com

Offer Condolence for the family of Nickerson; Michael Ormand