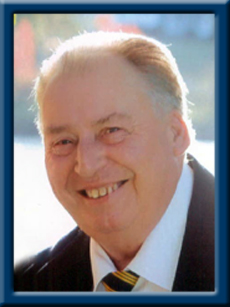 NAUSS – R. Wayne, 74, of Mill Village, Queens County, passed away peacefully in Queens General Hospital, Liverpool on Sunday, June 27, 2021 with his wife Betty by his side and his family close by.
Born in Liverpool, Wayne was a son of the late Steadman and Helen (McKinnon) Nauss.
Wayne worked for the former Rossignol Sales and Service as assistant service manager for 18 years before moving on to work as a custodian for South Shore Regional School Board retiring in 1998. he was affectionately and lovingly known to his family as Dad, Grampa, Pup, Grampie and “the Old Guy”. He will be greatly missed.
Wayne is survived by his wife of 57 years Betty (Chouinard); his daughter Betty Jean (Larry) Whynot of Mill Village; his sons Joey (Sandra) of South Brookfield and Bill (Tina Dixon) of Molega. His grandchildren Alicia, Shelby, Dylan, Chad, Brandon, Kristy, Morgan and Nick and his great grandchildren Adelyn, Nolan, Ashton, Addison, Dawson and Jahvias. His sisters Beverly Ridley of Beach Meadows, Shirley (Paul K,) Whynot, Eileen (Paul) Whynot and Julia Nauss, all of Liverpool. His brothers Del (Cindy) of Mill Village and Stanley of Charleston.
Besides his parents, Wayne was predeceased by his sister Muriel Speck.
Cremation has taken place under the direction of Chandlers’ Home, Liverpool. At Wayne’s request, there will be no funeral service. No flowers, donations may be made to the family or to Heart and Stroke Foundation or Queens General Hospital Foundation. Online condolences may be made to www.chandlersfuneral.com

Offer Condolence for the family of Nauss; Russell Wayne