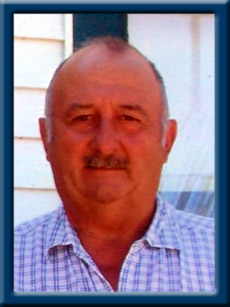 NAUGLER – Lloyd W., 76, of Moose Harbour, Queens County, passed away peacefully in Queens General Hospital, Liverpool on Wednesday, January 29, 2020.
Born in Liverpool, Lloyd was a son of the late Gordon and Gladys (Levy) Naugler.
Lloyd was a hard worker from a young age, working alongside his grandfather and father mackerel and lobster fishing and helping other people when there was a need. He worked for Bowater Mersey Paper Company Limited for fourteen years before going to Mersey Seafoods where he worked for thirty years until his retirement. Lloyd was a familiar sight at Moose Harbour with his fishing buddies. He enjoyed music, played the guitar, hunting and enjoyed being around others. Although Lloyd presented a rather “gruff” exterior, he cared deeply for his family and his friends especially his grandchildren and great grandchildren.
Lloyd is survived by his wife of fifty five years, Barbara (Ganter); his daughter Sharon (Gary) McLeod of Brooklyn, his son Paul of Grand Prairie, AB, his grandchildren Amber and Cody McLeod, Rogan, Rylan and Vienna Naugler. His great grandchildren Gracelynn McLeod and Harrison Doherty. His sister Shirley (Ralph) Conrad of St. Margaret’s Bay and his brother Laurie (Georgina) of Halifax.
Cremation has taken place under the direction of Chandlers’ Funeral Home, Liverpool, NS. A graveside funeral service will be held Wednesday, February 5, 2020 at 1:00 p.m. in Liverpool United Baptist Cemetery. No flowers by request, donations may be made to the Canadian Cancer Society or a charity of your choice. Online condolences may be made to www.chandlersfuneral.com

Offer Condolence for the family of Naugler; Lloyd Wayne