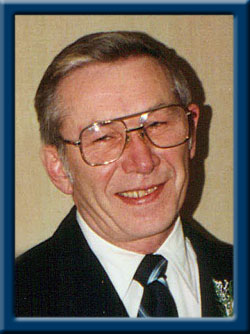 MURPHY – Lawrence John, 83, of Milton, Queens County, formerly of Dartmouth, passed away peacefully in North Queens Nursing Home, Caledonia on Tuesday, September 20, 2016.
Born in Halifax, he was a son of the late Joseph and Louise (Zwicker) Murphy.
Lawrence was an electrical inspector for Fairey Aviation Canada from 1951 to 1970. He was active with the Mic Mac Amateur Aquatics Club (MMAAC) since he was a young man and served as secretary, treasurer, vice president and president. He was also past commodore for the Canadian Canoe Association. He even paddled in the Nationals and won many trophies for his accomplishments. Lawrence loved to fish and hunt ducks, geese, rabbits and deer which he used to feed his large family.
He is survived by his wife Arendina “Didi” (Voogt); his daughters Karen Murphy, Pam Cameron, Laura Murphy, Marlene Murphy, Gail (Tony) Jones and Patsy (Ken) Keizer, all of Dartmouth; Debra (Marty) McClare of Mount Uniacke; his sons Terry of Dartmouth and Marty of Fairview, AB.; a number of grandchildren and great grandchildren; his stepdaughter Stephanie (Kevin) Biron of Hatchet Lake; his sister Theresa Murphy and his brother Joseph (Madeleine) of Woodstock, NB.
Lawrence was predeceased by his son Lawrence David.
Cremation has taken place under the direction of Chandlers’ Funeral Home, Liverpool, NS where visitation will be held on Saturday, September 24, 2016 from 12:00 until 1:00 p.m. followed by a memorial service at 1:00 p.m. with a reception to follow. Family flowers only, donations may be made to the Mic Mac Amateur Aquatics Club. Online condolences may be made to www.chandlersfuneral.com

Offer Condolence for the family of Murphy; Lawrence John