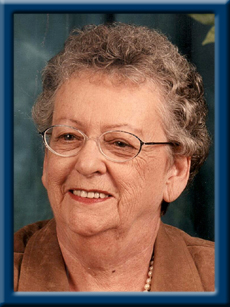 MURPHY – Greta Celia, 87, passed away peacefully in Queens Manor, Liverpool on Wednesday, February 6, 2019.
Born in Coddles Harbour, Greta was a daughter of the late Lloyd and Lois (Nickerson) Sponagle.
Greta moved to Halifax in her early years and later in the late 1950’s she and her family moved to Fairview where she resided for many years. During her early years, she was employed with James Simmonds Hardware. With her husband Bruce, they operated Village taxi in the 1960’s and later worked for the Yellow Cab company in the 1970’s.
Greta was an active member of Bayers Road Baptist Church and belonged to the Womens Missionary Society. She was the recipient of the Dominion Life Membership. Greta participated in the Four Square Fellowship and was a chaperone for the New Song Singers during the 1970’s. She enjoyed cottage life in New Harbour as well as knitting and crafts and was an avid gardener.
Greta is survived by her daughters Lindi (Charles) McLellan and Pamela Murphy. Her grandchildren Faye McLellan, Laura and Heather Slade. Sisters in law Carol Sponagle, Mary Loree and her treasured nieces and nephews.
Greta was predeceased by her husband R. S. Bruce Murphy, grandson Kyle McLellan, an infant sister Mina, sister Erma Gillie, brother Clinton Sponagle and parents in law Robert and Lottie (Sangster) Murphy.
Cremation has taken place under the direction of Chandlers’ Funeral Home, Liverpool. There will be no visitation or funeral service at this time. A graveside service will take place at a later date. Memorial donations may be made to the Bayers Road Baptist Church Benevolent Fund, the Cemetery Improvement Association of New Harbour or to Queens Manor, Liverpool. The family would like to thank Queens Manor for caring for Greta during her final days.

Offer Condolence for the family of Murphy; Greta Celia