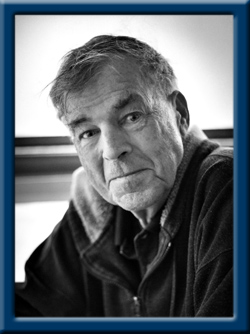 MURPHY, WILLIAM M. “Dr. Bill”, DDS (Dal ’56), LLM (Hon) – Aged 84. Family man, family dentist, formidable entrepreneur, philanthropist, and friend, Dr. Bill Murphy died peacefully at home on September 28, 2016. For more than a half century, co-founder and President of Mersey Seafoods Limited Dr. Bill Murphy left his fingerprints all over the Atlantic Fishery, with a list of industry firsts, business successes, and public service to his credit. He provided opportunity, support and inspiration to hundreds through his businesses, his philanthropy, and most important, through his charming, larger than life character. The second son of Charles and Jean (Whynot) Murphy, Bill grew up with his three siblings Reid, Betty and Ruth in Liverpool, Nova Scotia. After high school, Bill went on to Dalhousie University to study Science and Dentistry, graduating with his DDS in 1956. In his second year, Bill was introduced to Janet Roper at a Sigma Chi fraternity party. Smitten, Bill called Janet the following Thursday for a Saturday night date. “Too late”, she said. “A real gentleman gives a lady more notice than that.” He called again the following Monday. The rest, as they say… Bill and Janet were married on September 14, 1956 and set up house in Liverpool where Dr. Bill started his family dental practice.
But it was only a matter of time before Bill’s concern was drawn to the town’s economic over-reliance on its single industry. He and other like-minded local businessmen were convinced that without expanding employment opportunity, there was little prospect for growth. And so, in 1964, the idea of a working fish plant was formally incorporated as Mersey Seafoods Limited. For more than ten years, Bill juggled two very different careers – dentistry and fish. By 1979, however, it was clear that the fish business engaged his passion in way that dentistry had ceased to do. To Janet’s horror, Bill gave up his dental practice entirely, bought out his business partners, and became the full-time owner/ manager of a fish plant and fleet. From his wharfside office in Liverpool, through timely acquisitions, strategic decisions and the support of many dedicated, loyal employees, Bill grew Mersey Seafoods to include plants and wharves in Moose Harbour, Guysborough County, Petit de Grat, and Souris PEI. His son Jon joined the business in the early 1980s, and together they led the company to the forefront of the iconic northern cod and northern shrimp fisheries. They oversaw the building of three pioneering freezer trawlers – Mersey Viking (1980), Mersey Venture (1987), and Mersey Phoenix (2002) – and the expansion of markets for once-underutilized species. At its peak, Mersey Seafoods employed close to 2000 people.
Bill’s voice was always among the loudest in the room arguing for industry’s obligation to respect conservation measures through quota management and enterprise allocation. His clarity of thinking, stalwart defence of Canadian interests, and pragmatic approach to fisheries and oceans science led to many appointments to industry panels, government advisory boards, and international trade commissions. Bill was particularly honoured to have served as two-term Chair of the North Atlantic Fisheries Organization (NAFO) , as well as on the Gulf of Maine Advisory Committee (GOMAC) and Fisheries Council of Canada (FCC), among others.
Bill strongly believed that success in business and in life was a direct result of the support he received from the communities he lived and worked in. As such he felt a strong duty to give back generously, often anonymously, to charitable causes throughout his life. In 2008, he and Janet quietly founded the J & W Murphy Foundation as a vehicle for their charitable giving.
Bill never looked for recognition, but it was forthcoming nonetheless. In 1992, he was honoured with the Commemorative Medal for the 125th Anniversary of Confederation, and in 2007, he received an Honourary Doctorate from the Dalhousie University School of Management for his entrepreneurial achievements. A bold adventurer and leader in the business world, Bill was guided by integrity, honesty and loyalty in an arena too often dominated by controversy and petty-politicking. In his private life, he was a devoted husband and parent. He and Janet enjoyed their time as snowbirds in the Meadows, Sarasota for almost 25 years, taking particular pleasure in their golf partnership in the Sunday “Couples” and “Canada Day” events. He gave up golf after Janet’s death, and as he became more frail over the past few months, Bill even gave up his daily trek up the Mersey Seafoods steps, taking pleasure in breakfast at the Transcotia and naps in the big chair. (Almost) always “the smartest guy in the room”, Bill’s views on the fishery, management, dentistry, golf, Scotch, religion, and politics were freely given, if often unsolicited. Never impetuous – but neither afraid to take a calculated risk – he was a man of wit and vision and fearlessness. The world is a much smaller place without him.
Left to mourn are daughters Karen and Lisa (Geno Sajko), daughter-in-law Holly, grandsons Michael and Ben, and sister Betty (the late Wally) Hughes, along with many nieces and nephews. Bill was predeceased by his wife Janet, son Jon, sister Ruth (Orville) Pulsifer and brother Reid (Alta). At Bill’s request, cremation has taken place. Arrangements have been entrusted to Chandlers Funeral Home, Liverpool. A memorial service and celebration of our father’s life will be held in the Astor Theatre, Main Street, Liverpool, at 11:00 am November 5th, 2016 – when the boats are in. Reception to follow the service from 1-4pm at the family home.
As expressions of sympathy and in lieu of flowers, donations to the QEII Foundation – Medical Day Unit (Halifax), the Queens General Hospital Foundation (Liverpool), or any charity of choice would be appreciated by the family. Online condolences may be made to www.chandlersfuneral.com

Offer Condolence for the family of Murphy; Dr. William M.