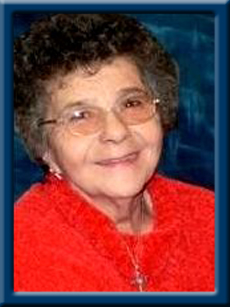 Murphy – Barbara M., 80, of Liverpool, Queens County, passed away peacefully in North Queens Nursing Home, Caledonia on Sunday, March 22, 2020
Born in Liverpool, Barbara was a daughter of the late Virgil and Fairy (Roy) Schrader.
Barbara worked for Liverpool Laundry, the Best Yeast Plant and Pentz Hardware. She did housecleaning for various families and businesses in Liverpool. She was a member of the Liverpool Salvation Army as well as a former member of the Ladies Auxiliary, Liverpool Firefighters Association and Mersey Branch #38, Royal Canadian Legion, Liverpool. She enjoyed singing, dancing, knitting, writing, reading and also playing darts.
Barbara is survived by her sons Clayton (Colleen) Anderson of Saskatoon, SK.; Tony Anderson (Jeff Enslow) of Mill Village. Step-daughter Heather (Kenny) Butler of Hatchet Lake. Grandchildren Tammy Childs (Jason Morash), Kayla Anderson and Nolan Anderson. Great grandchildren Genelle and Jaylynn Morash. Her sister Gail Brewster of Liverpool and her brother Brian Schrader of Liverpool. Nieces Rebecca Schrader, Tina Murray and Lisa Huskins. Also surviving is the father of her children Clayton Anderson of Halifax.
Besides her parents, Barbara was predeceased by her third husband Albert Murphy, her daughter Sherry and her sister Jenny Chapman.
Cremation has taken place under the direction of Chandlers’ Funeral Home, Liverpool. A graveside memorial service will be held on Monday, September 14, 2020 at 11:00 a.m. in Zion United Cemetery, Payzant St, Liverpool. Reverend Judy Cross officiating. No flowers by request, donations may be made to a charity of your choice. Online condolences may be made to www.chandlersfuneral.com

To see a recording of Barbara’s funeral service, please click on this link.

Offer Condolence for the family of Murphy; Barbara Mary